When Garth Brooks was at his peak the last time around, I remember a story about him that stuck.  Garth visited the sales teams at some of the biggest retailers along with his label sales executives to discuss the set up for one of his albums.  After they’d all visited for a bit, Garth asked the label execs to leave the room and he stayed with the retailer’s sales teams.  “Now tell me what you wouldn’t tell me if they were in the room,” he said (or so the story goes).

That, you see, is a business-savvy artist.  This isn’t for everyone, but if artists are interested in their business, this is exactly the kind of thing you should do.

So it’s not surprising that Garth Brooks has held his records back from digital distribution all this time.  Apple wanted to commoditize his albums by forcing him to sell on a per track basis, Pandora pays a pittance and Google just steals from all of us.  Who would do that who could not?  Those who are quick to accuse him of being a Luddite should stop and think–maybe he just didn’t want to take the same hillbilly deal that everyone else got.

And in 2014, it’s gotten even worse.  You have streaming services like Spotify that are further commoditizing music and YouTube using their dominant market power to screw indie labels.  So it should be no surprise that Garth is only going to make his new record available on garthbrooks.com, and I infer from the news that Garth is going to make some, perhaps most, of his back catalog available digitally for the first time on garthbrooks.com.  Apparently Garth is going to price the digital catalog at a low retail price.

Not surprisingly, some of the usual suspects are up in arms about this really smart decision as short sighted, not embracing digital, etc.  The future is streaming, yadda yadda.  I’d suggest that the critics are actually missing the future in an extraordinarily short sighted way.

Like Louis CK, Garth is able to take advantage of a cream skimming marketing strategy and passes the benefit on to the fans.  And naturally, the “mistake” he’s accused of making is that he didn’t cut the digital services in on the release.  But this misses the real future for artists like Garth who are already well-known with a loyal fan base.  (See my article from 2000, Why Free Agency Matters: The Coming Changes in Artist Relations.)

Garth Brooks does not need iTunes, Spotify or any of the other retailers to reach his fans.  He’s going to be on a 3 year tour with all the attendant publicity.  He’s going to be promoting his record and tour like there’s no tomorrow.  This will drive fans to one place and one place only–garthbrooks.com.  That’s exactly what he should be doing.  Why should he drive traffic to anybody else?

In the 80/20 world of digital music retail, Garth is telling these services that he’ll take the 80 and they can have the 20.  Here’s why:  Just like Louis CK’s Beacon Theater video, the important number here is the marginal revenue to the artist.  If Garth’s fans were to buy the album on iTunes, for say $10, there’d be about $7.00 wholesale price that the artist would actually take home (assuming no label).  What Garth takes home from garthbrooks.com sales would be pretty close to that iTunes sale if the fan bought the record on garthbrooks.com at a $7.00 retail price (at least if you amortize the overhead costs across all the commerce being done on the artist site).  All Garth is doing is cutting out the middleman.

And since Garth is telling the press that the price will be low, he clearly intends to pass the saving on to the fans–and he can still make good money because after he pays the songwriters, fulfillment, and some allocation for overhead, what’s left is all his.  He doesn’t have to share it with middlemen.  Plus he doesn’t have to compete for shelf space on his own website.

There’s an increasing number of in-demand artists who believe that holding their records off of the streaming services actually increases their sales, at least in the initial post-release window.  And of course no one is more disturbed about this window effect than the streaming services.  They want you to believe that they are the future–and resistance is futile.  Streaming services want you to believe that they are a critical part of your release strategy so that they can take advantage of all your marketing efforts on your album and touring set up at a low cost to themselves.  Actually–the sum of all the marketing done by all the artists on their service.

Here’s the fact–the retailer may control the price, but the artists set the terms, particularly artists like Garth.  Garth’s customer is the fan–not some digital retailer that is uncooperative, entitled, and may be sold to the highest bidder tomorrow.  Garth will treat those fans very, very well, just like he always has.  I would not think that any artist wants to subject their fans to the customer service experience at YouTube if they could avoid it.

If streaming services want to commoditize music, the services are going to be treated as a commodity, too, just like “special markets” departments or the old record clubs.  They’ll get the record eventually, just not when it’s fresh.  If you sell music like it was a stale bagel, then don’t be surprised if artists send it right back at you.

At the right moment, Garth will no doubt open up his online presence to digital retailers and streaming services.  But they should understand that for artists like Garth, people like them who bought the long tail ridiculousness are just not top of the list for business partners.  So have fun chasing that 20% folks. 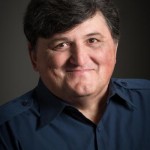 Chris Castle is Managing Partner of Christian L. Castle, Attorneys based in Austin, Texas. Founded in 2004, the firm represents a variety of clients in music, motion pictures and television, as well as technology companies and video game publishers. Chris also consults leading organizations on public policy matters relating to copyright and artist rights including Arts+Labs.