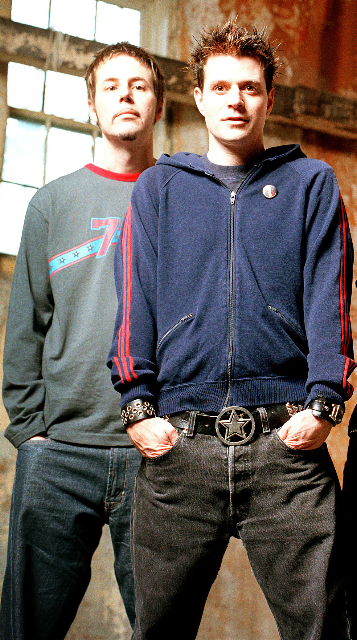 True fans of Canadian pop-rock music will be celebrating this year as one of Canada’s greatest power-pop bands, Treble Charger, returns to the stage. Spending almost a decade away from the roar of a live crowd, band members Greig Nori and Bill Priddle will reunite for an induction into the Indie Awards Hall of Fame, bringing back hits such as “American Psycho” and “Red”.

A true icon of Canadian music, Treble Charger has held gold certifications for their albums Maybe It’s Me and Detox and platinum for their album, Wide Awake Bored. With every new album, their sound has always been cutting-edge and every single, distinct, getting them nominated for multiple JUNO Awards for Best Rock Album, Best Single, and Best Alternative Album in the late ‘90s and early 2000s.

Brought together in Sault Ste. Marie, Ontario, about 20 years ago, Treble Charger had juggled between several new band members throughout its music career. Despite changes within the group, the band only further proved its versatility in the world of rock ‘n roll by continuously pumping out new music that its audience wanted to hear. After several members taking on their own side projects and taking time off Nori officially disbanded Treble Charger in February of 2006.

Their energetic performances in the past have fueled audiences around the world, touring with bands such as Foo Fighters, Smashing Pumpkins and Our Lady Peace. You can expect to see no less from Treble Charger as they take on the stage and perform all their greatest hits.

no images were found