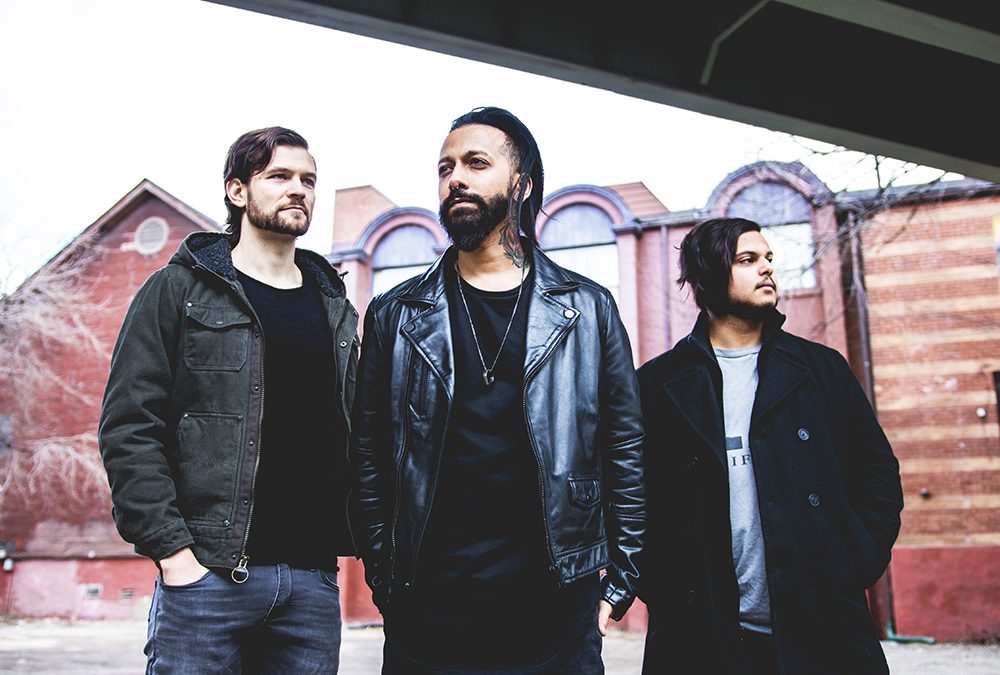 MAYBE MAY might have a name that suggests neither here nor there, but rest assured, this Mississauga trio are very much affirmed in their sound and style no matter the season. Fronted by Demetrius (vocals/guitar), Rian (bass) and Vitaly (drums), their sound draws listeners in by seamlessly blending heavy instrumentation with graceful melodies which provide a rich tapestry for delivering messages of love, loss and betrayal.

MAYBE MAY’s debut ‘Eden Project’ EP (Oct ’14) saw the band play for the first time ever at Canadian Music Week and Indie Week while picking up a nod from Toronto Independent Music Awards (TIMA) for Best Alternative/Indie in 2015. Following the release of two digital singles in 2017, the triad headed towards a definitive direction with their sophomore ‘C R I M E S’ EP (Jan ’18). Nominated for Best Rock at Mississauga Music Awards in 2018, their live set matured as they shared stages with the likes of Deadset Society, POLARITY, Red Handed Denial and The Creepshow across Ontario and Quebec. Furthering their foothold in the region, they placed in the Top 8 at 97.7 HTZ FM’s Rocksearch contest.

Teaming up for the third time with Jason ‘Metal’ Donkersgoed in the producer’s seat at Toronto’s famed Orange Lounge studios, MAYBE MAY showcased a certain vulnerability with the release of ‘The Orange Sessions’ EP (May ’19). Featuring 5 stripped down acoustic tracks, each song highlights a collaboration with a friend of the group, pushing them into a sonic space most rock bands are too afraid to enter. Lead single “Still Mine” was heard on Toronto’s 94.9 The Rock as they secured a slot at ‘Best of Open Mic LIVE’ at the Living Arts Centre. With most bands’ resolve tested during the 2020 pandemic, MAYBE MAY released “Through Your Eyes” – a fundraiser for their home town food bank, featuring 8 local artists. JUNO winning Kevin Dietz helped produce/engineer the song at world renowned Metalworks Studios, which went on to raise thousands in donations. No stranger to humanitarian efforts, the band previously raised money for Compassion Canada back in 2015.

Since their inception, MAYBE MAY has independently garnered thousands of views and streams online while playing countless shows connecting with fans. Whether you have discovered the band at a gig and fell in love with their dry humor and penchant for having a laugh or encountered their music online and allowed it to envelope you into a journey of dark tailspin, one thing remains certain – they have only begun…no ifs, buts or maybes.