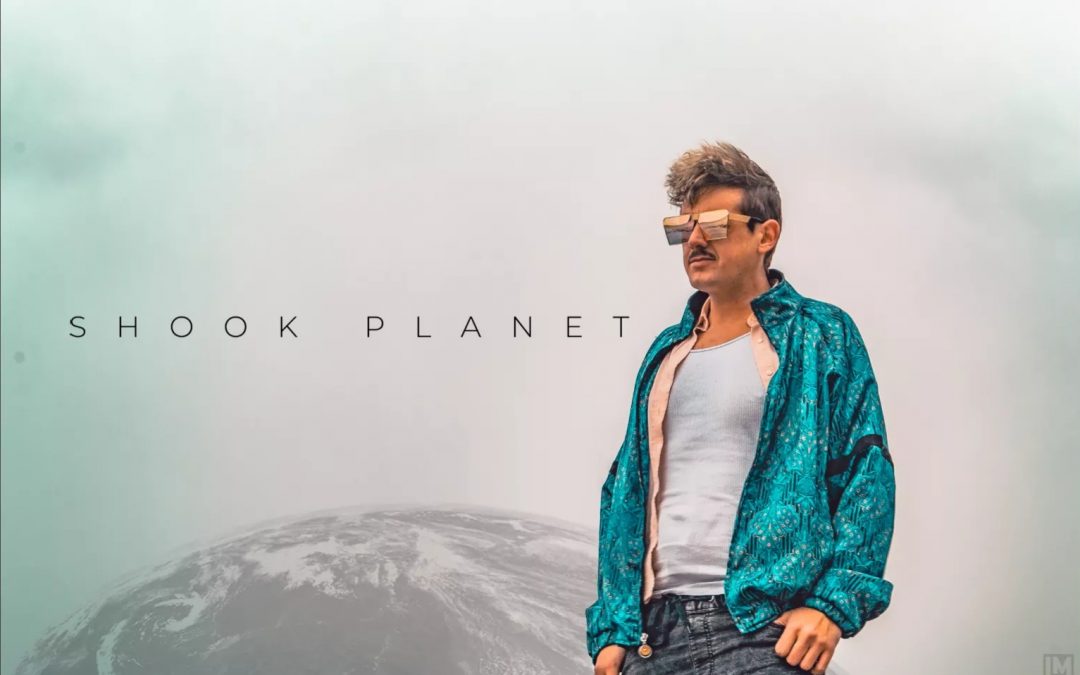 SHOOK PLANET is the brainchild of Kingston, Ontario musician and producer, Ted Evans. Ted has written, recorded, and performed with a number of different artists since he first established himself in 2009 as a part of the vibrant Kingston music scene.

SHOOK PLANET is an outlet for Ted to write and release any style of music and even instrumental tracks. As a producer, he’s featured ofher local up-and-coming talent on his track, but his main goal is to one day be writing and producing tracks with Top-40 artists. Shook Planet had 6 singles released in 2020 and has recently been playing theremin in popular live videos online.

Over the last 11 years, Ted has maintained a steady level of hard-work on his music, and has grown into a fierce and infectious front-man with a unique musical and fashion style. He is always pushing his own boundaries and exploding into new territory.

Ted has successfully made a name for himself as one of the premier performers in Kingston. With his distinctive song-writing style, and in-your-face attitude, he stands out in any room and on any playlist.