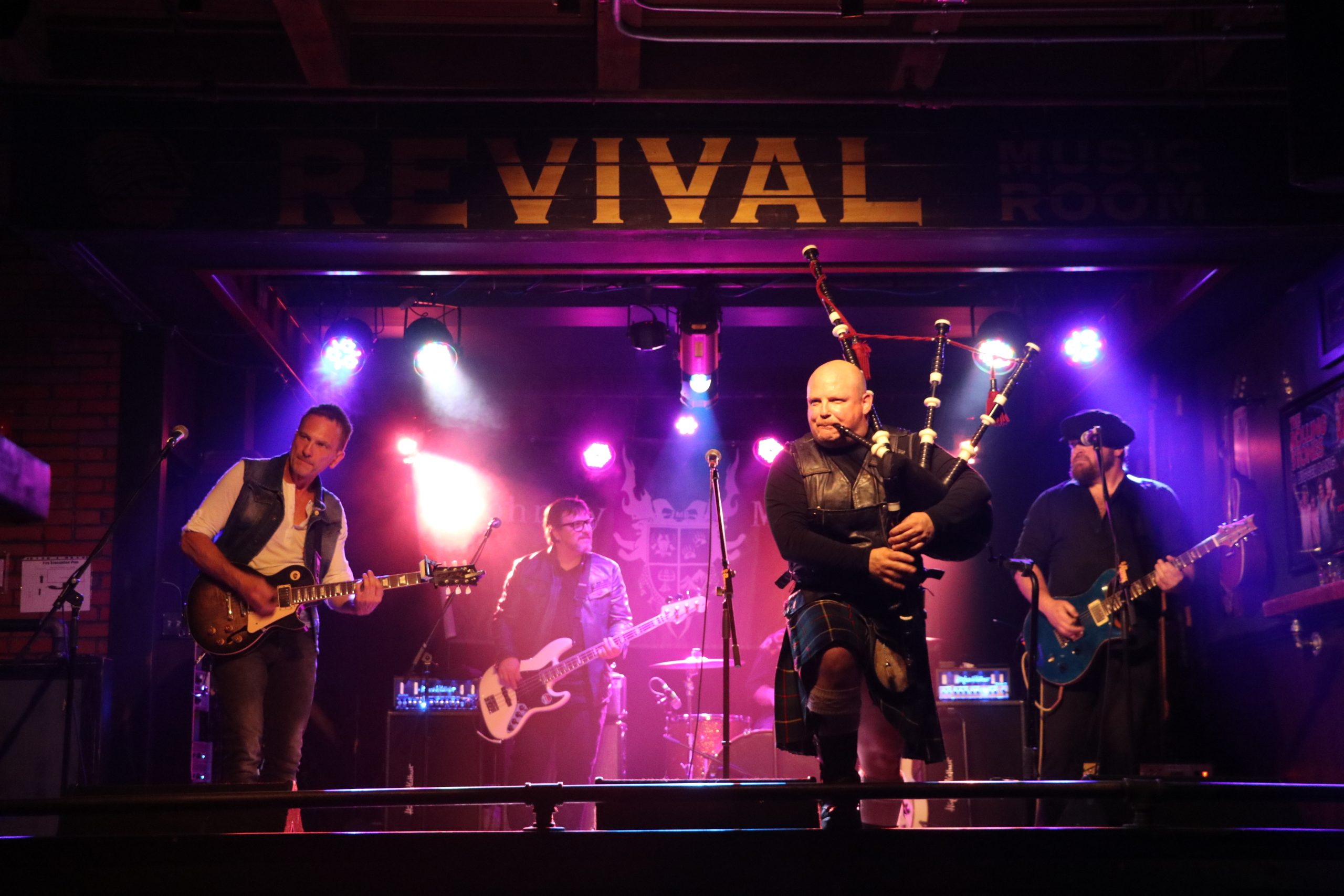 The Arcana Kings have just released their second album ‘Lions As Ravens’ on October 15th 2019. With a sound that guarantees to make you move ‘Arcana Kings’ are a fantastic blend of upbeat rock. Forming in 2015 the AK have developed a strong following around the world with hard rock listeners. AK’s not so secret weapon, the bagpipes, sets the band apart and uses the pipes as an extension of the bands sound without making it the focal point.

Just imagine the Foo Fighters and AC/DC mixed with a touch of Metis spirit and Scottish heritage!

Constantly playing in Canada and USA, the band has begun to take the show to Asia and Europe.

The Canadian Football League’s The Saskatchewan Roughriders use the bands single, Here We Go, (Lions As Ravens) as the teams take the field charge song. Here We Go is quickly becoming a sports anthem with CFL, NHL, and pro basketball across north America with teams like the Winnipeg jets, Sacramento Kings, Sask Roughriders, Las Vegas Golden Knights, and the Saskatoon Rush all officially using the song to pump up the crowd.

The band was also featured as the halftime show for the Sask Roughriders Semi Finals in 2018.

The band will celebrate it’s 100th show in Las Vegas in September of 2020 at the Hard Rock where the band plays once again on Fremont street for another 9 show run. AK have been a favourite attraction in Las Vegas since their first run in 2015.

With the success of Here We Go and the bands Las Vegas ties, AK are currently in talks with the UFC Las Vegas to licence the use of then bands new track ‘Unbreakable’ for UFC 2021.

Arcana Kings have been nominated for awards such as Best Music Video, Artist of the Year and Best Rock Song for the Kootenay Music Awards 2019, as well as Best Rock Video for Canadian Independent Music Video Awards 2019.