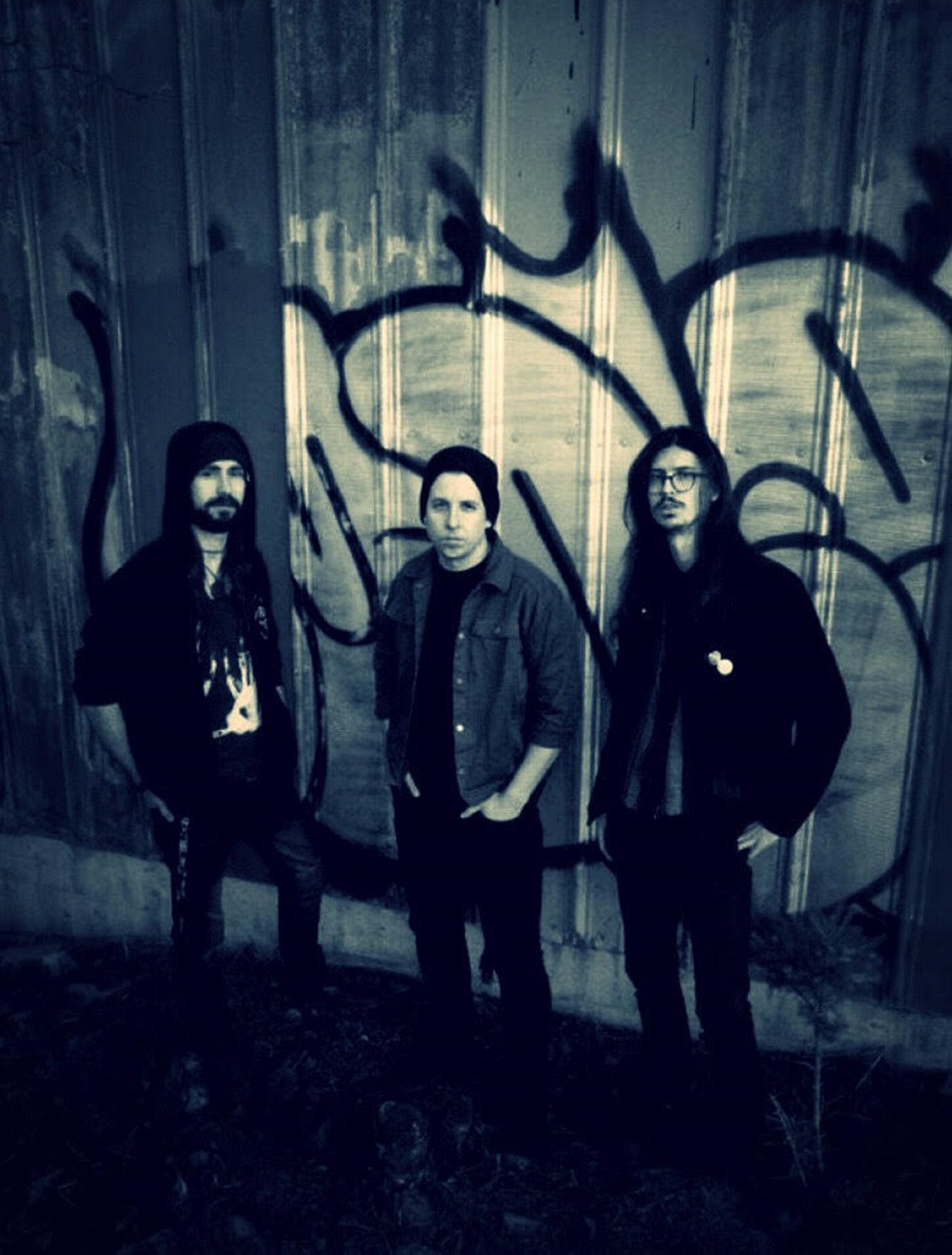 is a new hard rock/heavy metal band based out of Calgary, Alberta Canada. Bloody Monroe consists of Michael Green (Vocals/Guitar), Maxwell McFadyen (Bass), and Nathan Raboud (Drums). Bloody Monroe is a young but experienced, well versed group, hungry and ready to make an impact within the music industry and live music scene.

Bloody Monroe was created through an online music forum, musicians looking for other musicians within the Calgary area. Michael (Vocals/guitar) wasn’t living in the Calgary area at the time but he knew it was where he wanted to be. Mike saw Nathan’s ad online looking for serious musicians to play, record and tour in an original band and sent him a message. The two agreed to meet up for a jam as they did the following weekend in late August of 2018. “When Mike Green contacted me, I didn’t have any expectations. I was in a band at the time but he was willing to make the crazy long trip to jam some songs he wrote. So I gave him a shot. Mike seemed a little shy but once we started playing we just knew it felt right. He would drive 8 fuckin hours just to jam for a day or two. Talk about dedication!” The pair knew they had chemistry right away and began looking for a bass player. After a few auditions and many unresponsive music ads, Mike remembered seeing a killer bass player along Calgary’s infamous Red Mile stealing the entire show with his funky grooves bass solo. Mike told Nate “If we could get this guy we would be a killer band.” With studio time booked to record Bloody Monroe’s first EP at The Beach Studios in Calgary, Max finally answered Michael’s long list of voicemails. Max was immediately interested in the band when he learned that studio time had been booked and could see how serious Mike and Nate were about progressing as a band. Two weeks and only two rehearsals later, Bloody Monroe was in the studio recording their first EP “How to bury a billionaire…”

Bloody Monroe released their first 3 song EP entitled How to bury a billionaire… in October of 2019. Within 4 weeks of Bloody Monroe’s EP release “Only You” was chosen to be showcased on X92.9 Calgary’s Alternative radio Xposure with DJ host Matt Berry.

Bloody Monroe re-entered the studio in January of 2020 to record their new single “Over Again.” The single was released on May 29th on all major streaming platforms. The group’s debut music video had also premiered for the track. The debut music video displayed various clips from the band in the studio, on the road and performing on stage. The promotion video for the single has exceeded 40,000 views to date.

Bloody Monroe has not let the Covid-19 pandemic slow them down as they are still on track to record new heavy hitting singles throughout 2020, while filming new music videos and adding additional merchandise to their store. Bloody Monroe plan on showcasing their material live all over Southern and Northern Alberta with continued ventures in British Columbia, cities across Canada and eventually hitting the United States and Europe.

“Our new single “I cast a shadow” is to be released October 2020 and I’m really excited! We put a lot into these songs and when we play them I hope people get as pumped as I do! Our sound has matured and grown exponentially since day one. I’m really proud of what we’ve accomplished in such short time and under pandemic restrictions. Suck it! Corona!”

“Three musicians from wildly different backgrounds come together to create music that’s as accessible as it is undefinable. Bloody Monroe agonizes over every note so that you don’t have to!”

“I’ve been to hell and back several times trying to put this band together and release these songs. It’s cost me everything in life. Close relationships with family, close relationships with friends, non existent girlfriends, thousands upon thousands of dollars I don’t have, not to mention my own sanity and physical well being. When people listen to Bloody Monroe they’re listening to years and years of struggle, pain, relentless frustration and literally everything I am as a human being. I hope they think the music isn’t complete shit.”

​How to bury a billionaire…Over Again and I Cast A Shadow are available on all streaming and downloading music platforms.