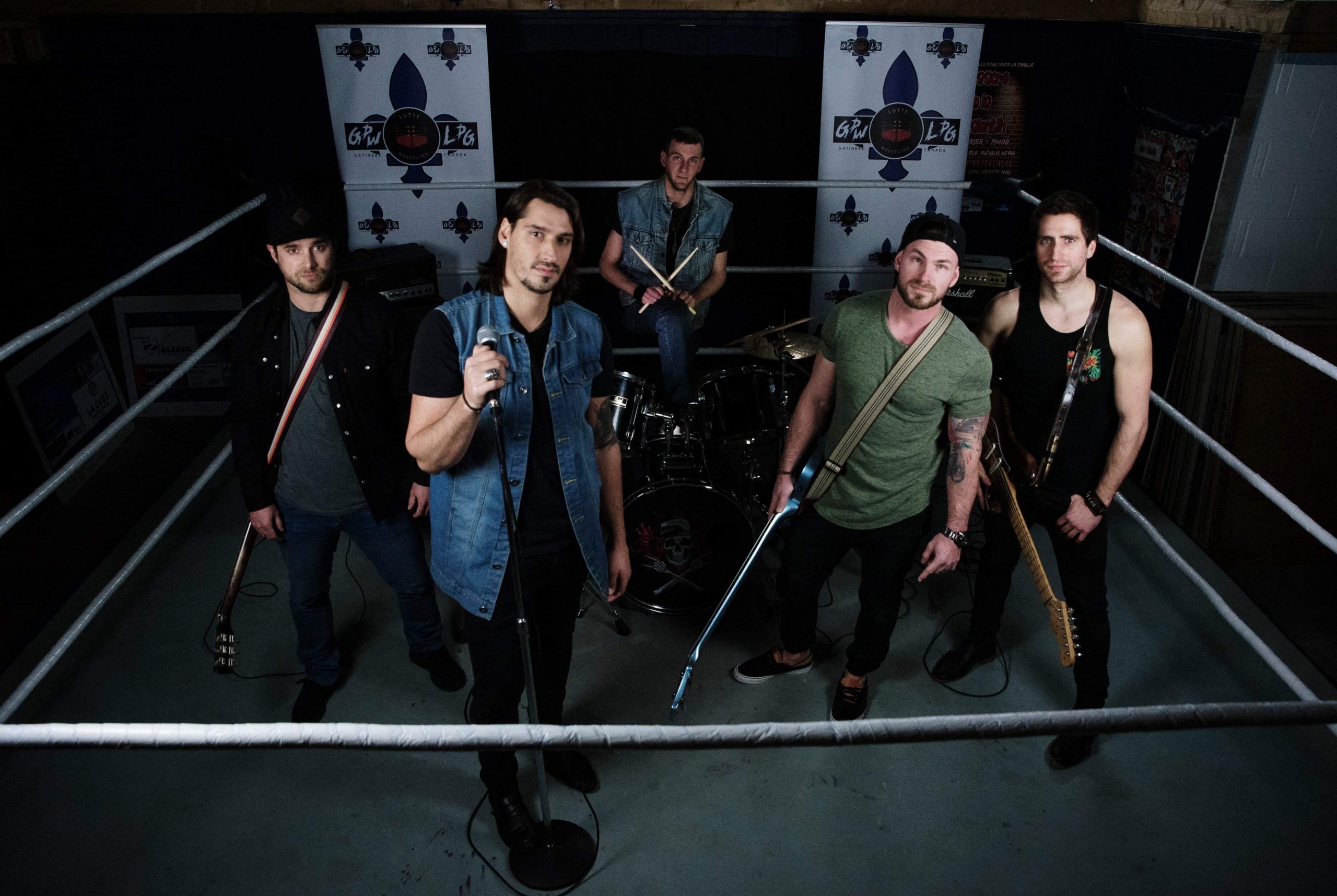 Hey! We are a new sleaze-metal band from Ottawa, Canada and we are set to release our new EP One Life. Our last show was a sold out (330 people) show at the Minotaure in Gatineau and we raised just over 3300 for The Ottawa Regional Cancer Foundation with this event. We are looking forward to getting the party started this spring and summer with lots of more shows!
“The debut single from this new Canadian band, Use Me sounds both fresh and pleasingly familiar. Gleefully mining the heady dangling-earring days of the 80’s, Cynical Sons burst out of the gate with a raunchy sleaze-metal jammer that will scratch your itch for lust and leather. Bon appétit! “ Classic Rock Magazine issue 265.

Background: We’ve all been playing in bands for a while now and have had a small amount of success. Our guitarists’ last French folk-rock band (The Giveaway) was on Quebec radio for a few months this fall and they have managed to play at Casino Lac-Leamy, Bar Robo, The Record Centre etc… here in Ottawa. Our bass player’s older band (Evine) reached 15,000 views on YouTube and was on a National French dating TV show. Our singer was on the TV show “En Studio” and was selected by Marc Dupré to sing a cover of Bon Jovi. Our drummer has been a roadie for lots of big French Quebec rock bands and knows the ropes live! Mixed and mastered by Luc Tellier who has worked with Simple Plan, David Usher, Story Untold, etc.

Here is a little more info about us:
Our last show was a sold out show of 330 people.
We raised $ 3,200 for the Ottawa Regional Cancer Foundation.
Our current single is at over 13,000 views on youtube.
Our quarantine video for the song Anthem for a Cynical Son has 6,027 views on youtube.
Our Video Lyrics for Feen for me has 6022 views and our other 2 videos are around 5000 each too.
On Spotify our Shots cover is 2445 all-time streams and Defiance is 2184 streams.
We were mentioned in Classic Rock Magazine # 265 as one of the bands to watch in 2020.
We are rotating on the Rebel 101.7fm station here in Ottawa.
We are part of the HIPSTERBAIT game available on all smart devices.

We hosted a virtual pay per view event last June to raise money for Le Minotaure here in Gatineau here a some stats on it:
Tickets sold 202.
The peak was 148 people watching for us at the same time.
The broadcast was in HD1080p with 8 cameras, a video control room and a multi-track sound control room.
We did a free replay on facebook on July 24th.
3,538 people watched the live replay and our peak was 180 people at the same time.
Total views so far are 8870 (organic no ads or paid promo).
We are the 2nd most viewed virtual event in the Outaouais region after Stéphanie St-Jean de la Voix.