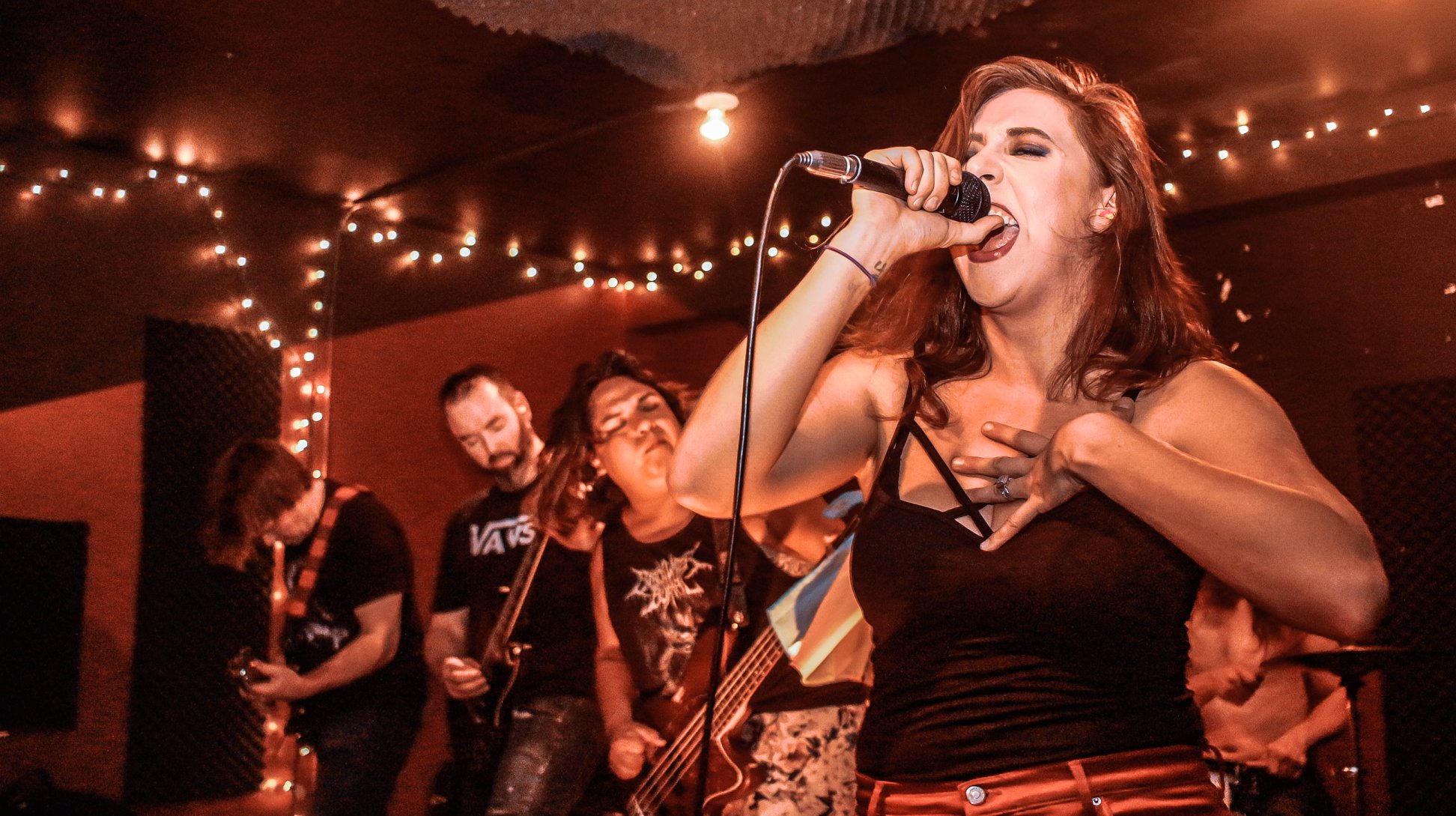 Fallen Stars is a female-fronted hard rock / pop-metal band from Vancouver Canada. We are proud members of the LGBTQ and Queer Community. Sitting between Metal and Rock, our music is both commercial and catchy but full of heavy and ear-catching riffs. Our first single “My Heart” was played on radio stations in Italy, The Netherlands, The UK, Africa, The USA, and Canada. Our music video had over 5.4 thousand views on Youtube.
Having performed all across the greater Vancouver area, opening up for bands such as Iron Kingdom, KOSM, Lost Nebula (Mexico), Massive Scar Era (Egypt), and many more, we’ve honed our live show to be full of energy and memorable moments! Each song is crafted to perfection for the stage to engage the crowd and keep the energy going.
Fallen Stars has performed at festivals including Vancouver Pride, Metalocalypstic, and Fallen Fest. We’ve competed in the Wacken Metal Battles and as previously mentioned, we were the first hard rock/ metal band to ever grace the Vancouver Pride stage.
Our following studio album “This House” has been played in Germany, Los Angels, Ohio, and Canada). We’ve been reviewed on multiple newspapers, websites, and blogs including the Vancouver Sun, Metal Master Kingdom, Rock Queen Reviews, and more. We’ve since released a two-track live off the floor EP entitled “Trials”.
We aim to continue pushing to new heights and spreading our music not only to the metal and rock community but work hard with the alternative and LGBTQ communities and build a strong relationship between people of all different walks of life.