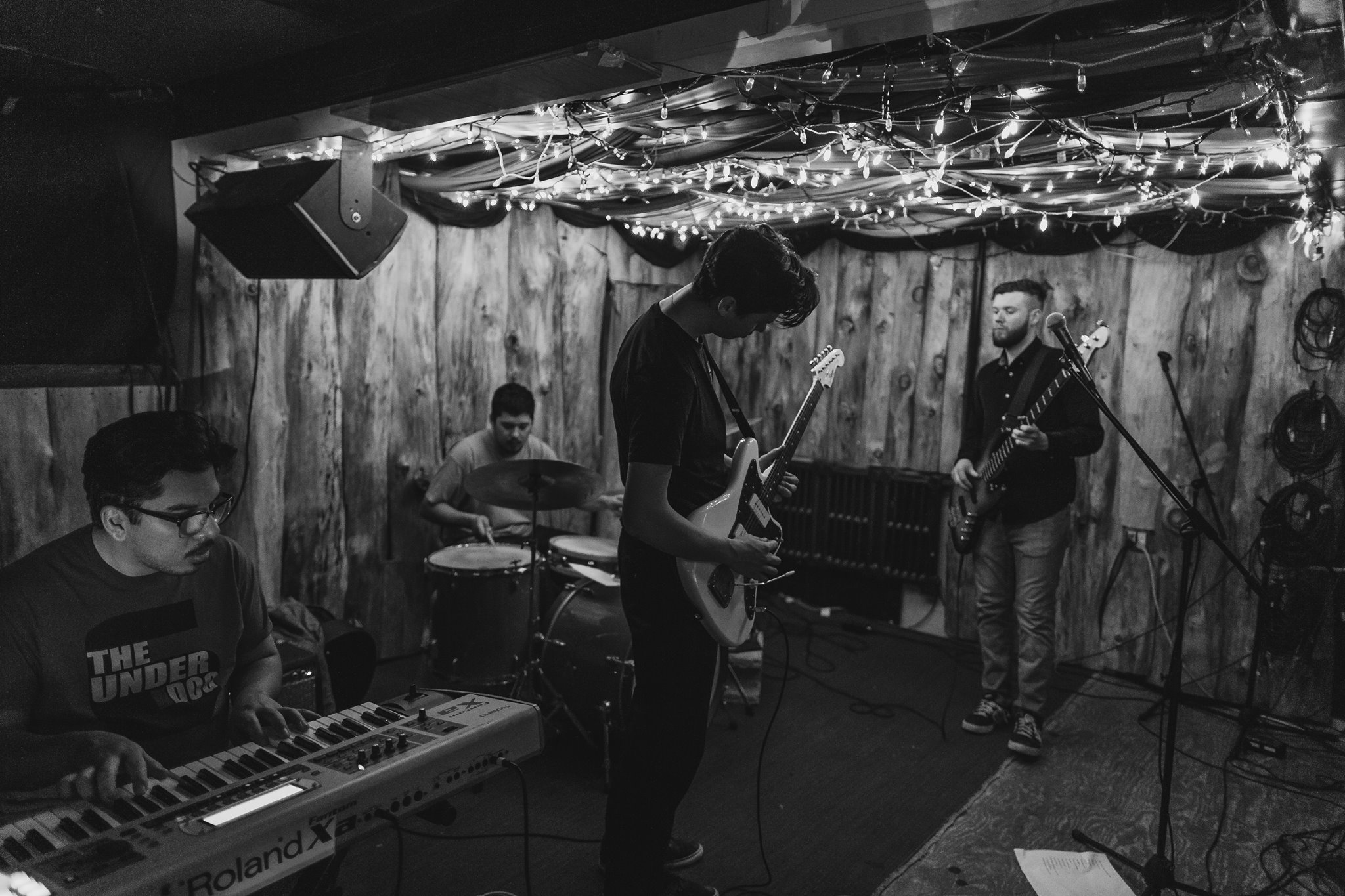 The Five and Tens are a diverse instrumental band based out of Mississauga, Ontario Canada named after highway intersection Hurontario and Dundas Street (5 & 10). These Marty Award nominees bring an eclectic mix of music from all different influences from around the world into one groove. They are the brothers in the groove. The quartet is formed of Sean Jackson on bass, Nick Vidal on Drums, Anthony Vidal on Keyboards and Ray Vidal on Guitar.

Musically they bring a melting pot of grooves, styles and rhythms found all over the world. Fusing world music with soul, funk, jazz, hip-hop, dub, reggae and psychedelic. Their music is steeped in heavy bass, funk breaks, melodic guitar and ambient keyboards. Drawing musical inspiration from rare soul/funk 45s, producers like Madlib, Pete Rock and J-Dilla and inspired by film composers such as Piero Umiliani and Galt MacDemort.