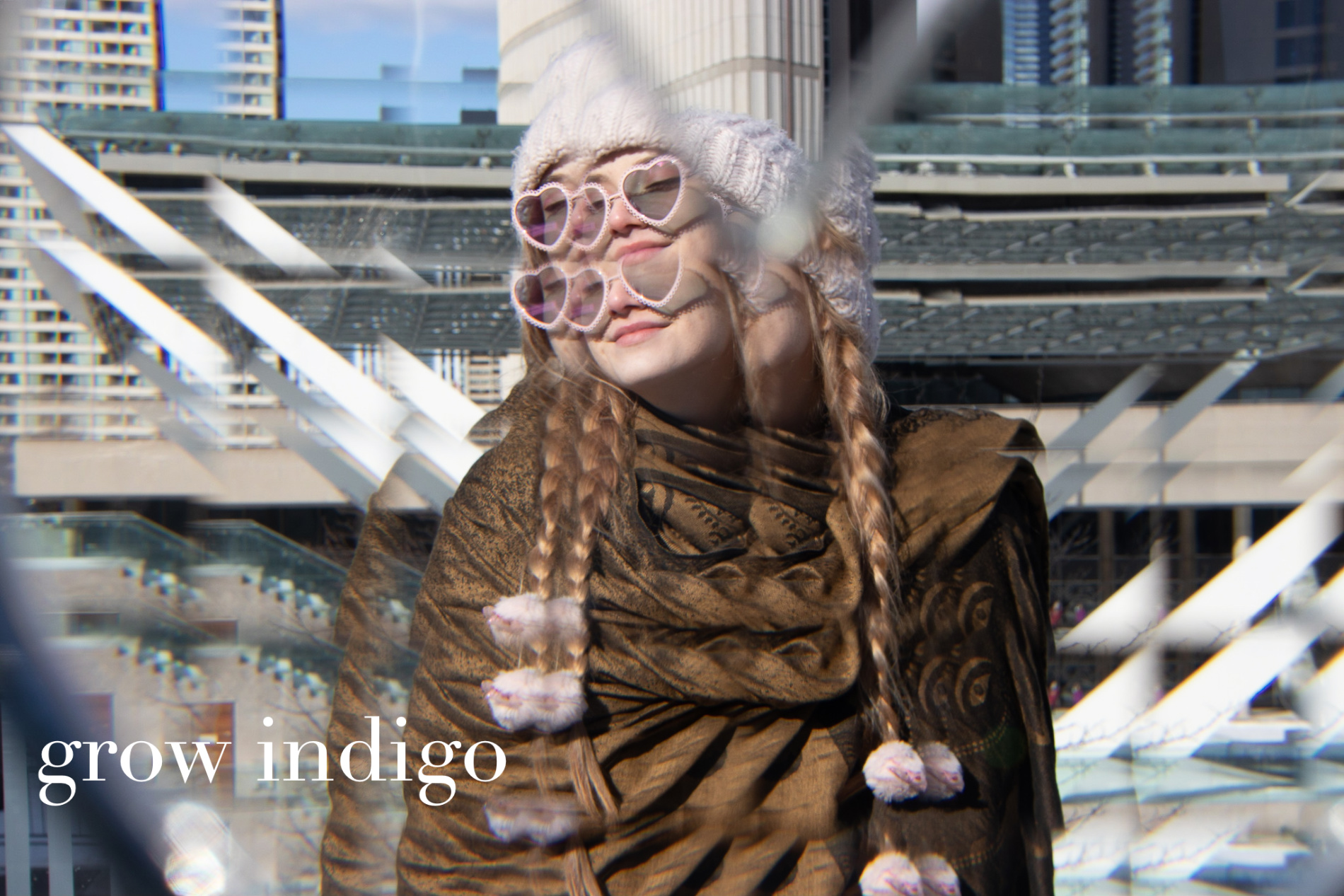 My name is Sylvia Dab, professionally deemed – grow indigo – and I am a 20-year-old. alt-pop female musician from Dublin and now based in Toronto. I have been. releasing music independently since October 2020 when I released my first single and then debut EP two weeks later! My sound can be described as upbeat, experimental dream pop with influences from ambient, R&B and indie rock. I taught myself how to use Garageband over the summer last year and now I write, produce, engineer, film, direct and release my creations myself. My favourite music is music made from that deep inner part of you that just exists, and feels the dream that is reality.