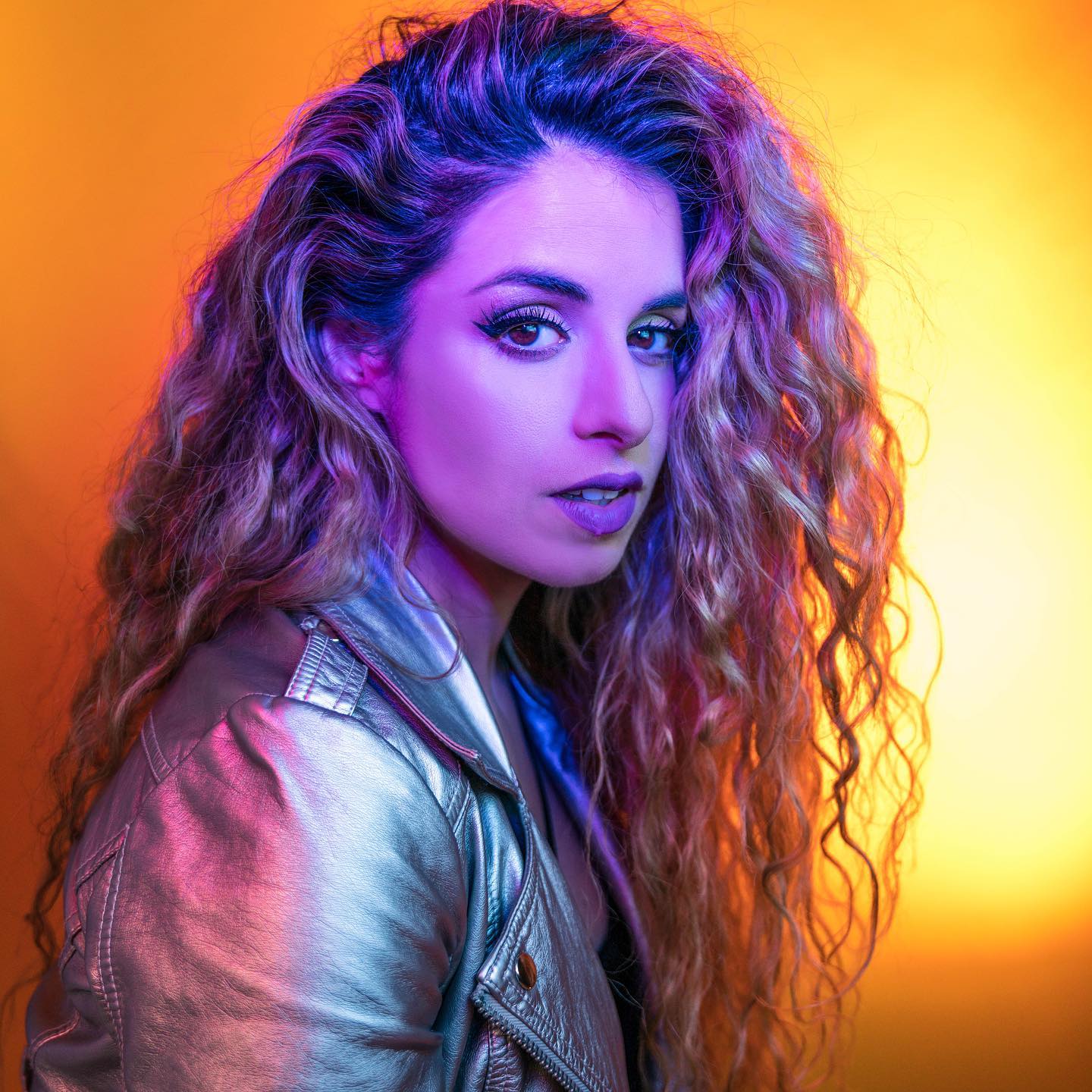 Listed in January 2020 as one the discovered artists of 2019 by l’ADISQ and being amongst the top 100 Canadian finalists of CBC Music’s ” Searchlight ” in February 2020, the artist that many describe as “Refreshing revelation”, wows the crowd with her unique vibe, charisma and energy!

Vegas, New York, Dubai, Asia, Hawaii, Australia, Morocco, Mexico… the list goes on for the Quebec singer-songwriter who has been touring for over 16 years with various international showbands. Also appearing on the ” Just Dance 4 ” video game by Ubi Soft which sold millions of copies, with the song ” Hot for me – AKA ” and collaborating on the 2018 summer hit ” Conmigo ” by DJ Kleancut with more than 100,000 plays on various platforms.

Eventually, the established career of a performer no longer fulfills the heart of the artist who has been repressing an urgent need to create for far too long already. She then trades in the stability and the traveling to actively take control and shift her musical career in gear. In November 2019, more than two years of studies and hard work later, the album (EP) ”Version 2.0″ is released, revealing a new empowered Izabelle, genuine and more determined than ever!

Only a few months after its release, the album stands out with 3 songs in Niky Radio’s top 10 (iHeart radio division) for an impressing 25 weeks now.

September 18th 2020: the artist releases a new edition of the album with 4 new French versions.

Update February 2021: 44 radio stations across Canada are playing the first radio single ” Self-Talk Session ” including the ROUGE FM network. The song has been in the top 10 chart at Niky Radio (iheart radio division) and CIMS FM New-Brunswick for several weeks now. The music video won ”Canadian beats weekly beatdown” 6 weeks in a row and was declared 4th position of the 2020 big top 10 best music video.