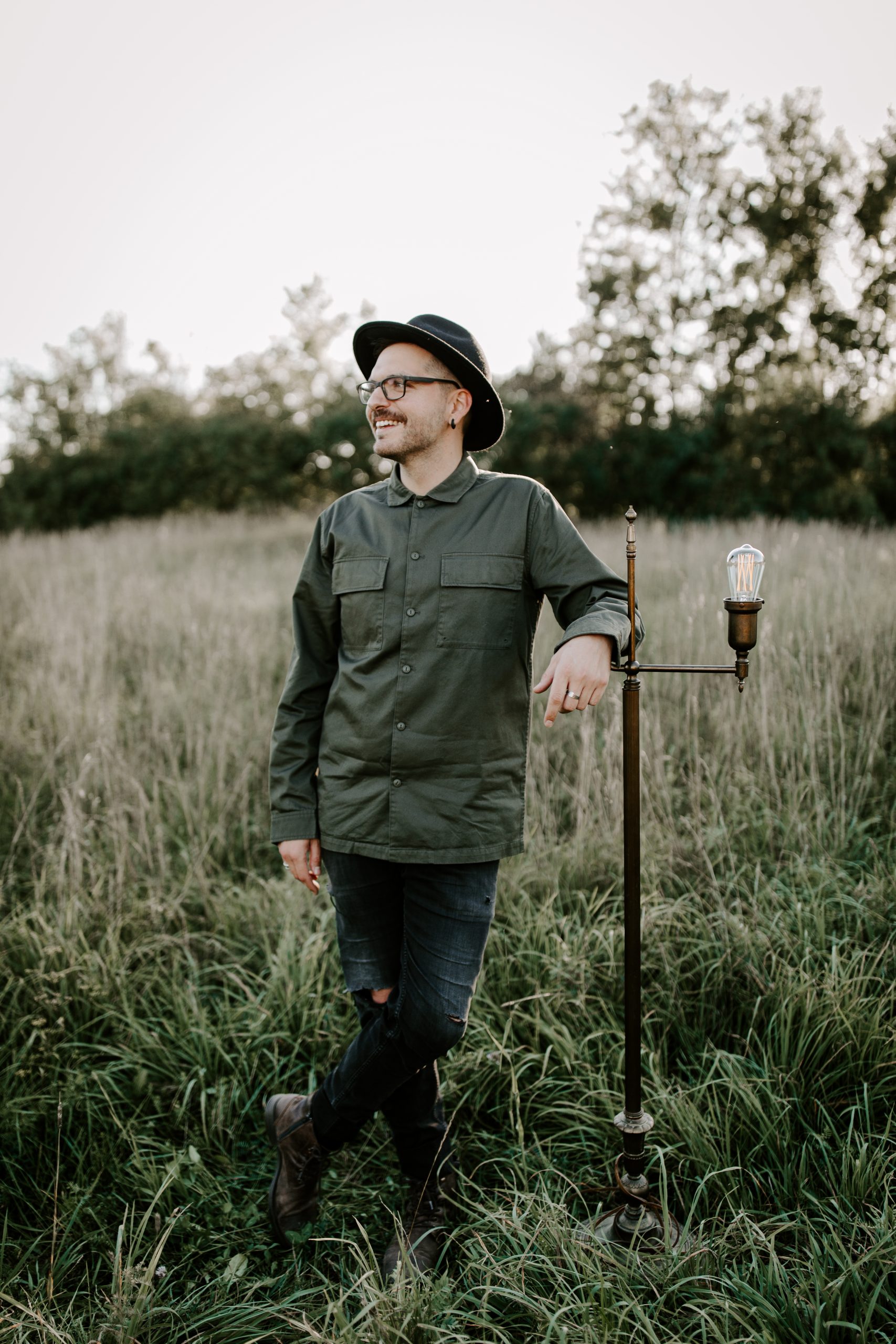 Ken Presse’s music is woven from various influences: folk, country, pop and even R&B. With these elements, he’s created a sound that’s uniquely his. Guitars and banjo lines a flow with lush strings and keyboards arrangements. His voice softly presenting his lyrics about heartbreak and hope, strike a chord with anyone who’s ever been in love. The music is simple and uncommon all while sounding familiar and clement. Like a warm summer breeze on a lonely day or an open field that makes you feel that “hope is a thing with feathers”.
After obtaining a Bachelor’s degree from McGill University, Ken pursued a full time music career. Starting with guitar performance for off-Broadway musicals in New York (NY) and in Montreal (QC), his career quickly gained traction. He continued performing on guitar, voice, percussion, keyboards and bass for many events such as: opening act for Mumford and Sons, Jazz Fest, 4 sold out Metropolis with the Franklin Electric, and Osheaga main stage.

As a musician, in the last three years alone, he toured in over 18 countries with The Franklin Electric (Juno nominated), Patrick Lehman (Juno nominated), and others with roles in guitar, keys, vocals and bass. In addition to tours, he has performed across multiple nationally televised and broadcasted venues including: The Bachelorette Canada, ABC (national Australian radio), Canada AM, Radio Eins (Germany’s premier radio), Qmusic (Danish T.V.), and Inas Nacht (German television with over 3 million viewers). Beyond performance, Ken has arranged (bass and guitar) on many records including Patrick Lehman’s ‘Buthcy’s Son’ (Juno nominated) and The Franklin Electric’s ‘Blue Ceilings’; ‘In Your Head’, and ‘In Your Heart’. This initial experience has motivated a deeper commitment toward writing and arrangement for artists across North America (notably Ryan Kinder and Ruthie Collins in Nashville and The Franklin Electric in Montreal) across a range a styles that go beyond Ken’s original experience in country music. In particular, these genres now include folk, indie, pop and rock artists. Ken directly attributes this versatility in style to the successful production since 2018 alone of E.P.’s and singles for Velvet Black, Allison Fortier, Emilie Skahan, Lia, Delta Creek and many other Canadian and American artists.
Ken composed, played and recorded every inch of music that you’ll hear. This does not come without a formidable amount of work and sleepless nights. Like many artists, he works harder than most people know. Slowly but surely, he’s been building Cedar studios, where all these songs were recorded. It’s a quiet place, where one can really get introspective and create. These songs were conceived with this approach, to make them as intimate as possible.