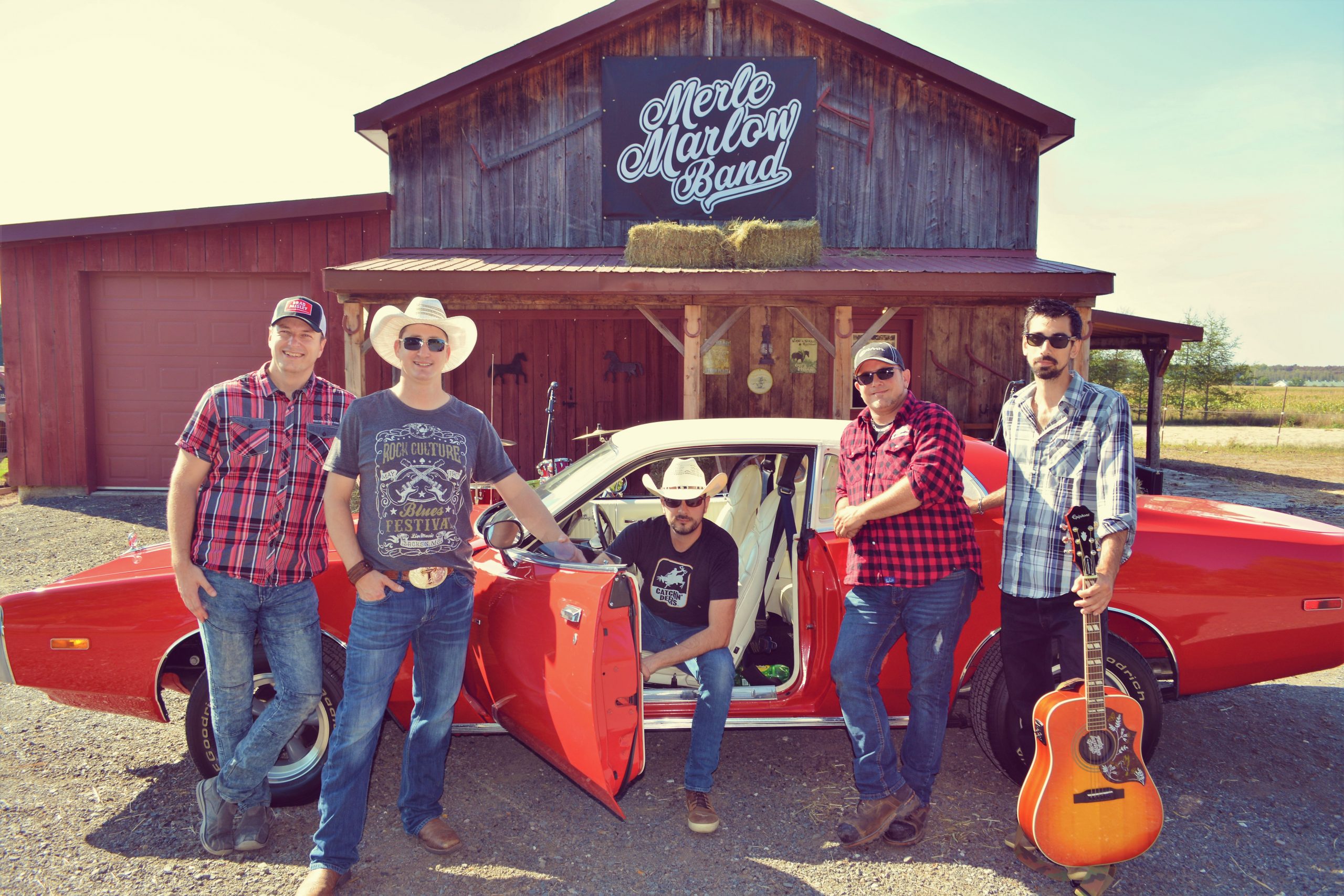 The best bands are made up of fans, and that is the case for the Merle Marlow Band. Coming out of Montreal, Québec, all members grew a deep-rooted passion for the 1990s era of country and rock at an early age. When they initially formed, they modeled their sound after idols such as Kenny Chesney and Lynyrd Skynyrd before developing their unique blend of guitar-driven country music.

This culminated in tracks like “I Came To Drink” and “Miles of Smiles,” which showed an obvious appreciation for the heavyweights before them but a hefty amount of originality and energy.

They have toured numerous rodeos and festivals across Canada and have had their records featured on prominent radio stations in Canada and even in Europe, including their latest release “Tiki Bar Memories.”

The Merle Marlow Band is currently working on their debut project.