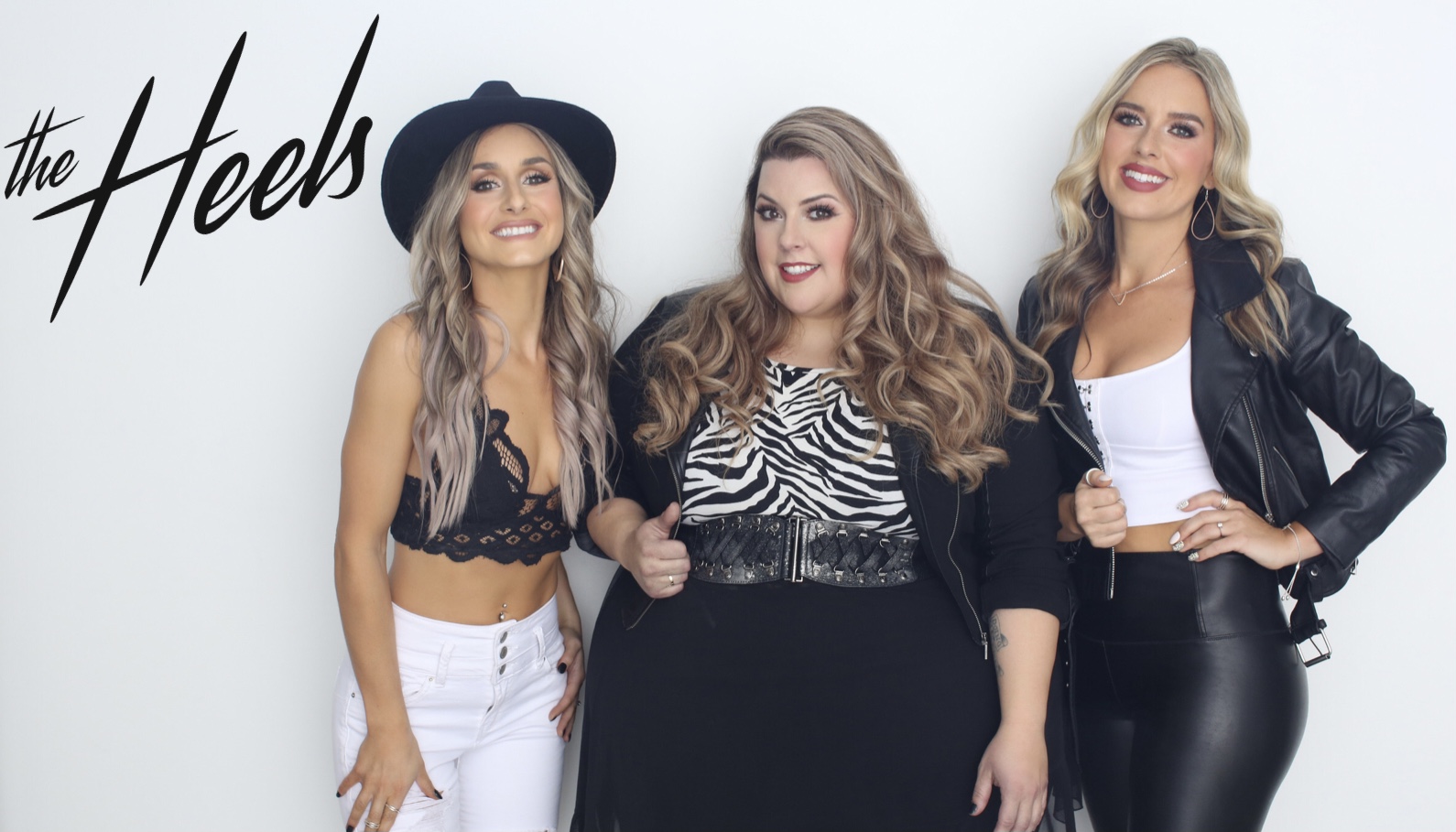 There’s a sound that isn’t heard enough on Country radio—the sound of organic, three-part female
harmonies, offering stories that speak the language of modern women everywhere. Add in some
good-natured brash and sassy attitude and you’ve got Canada’s pop-country queens, The Heels.
That title is now undisputed with the release of the trio’s warmly received 2018 debut album, Love,
Heels and multiple follow-up singles, alongside BCCMA Award wins. Although Bobbi Smith,
Brittni Dominelli and Kyla Rawlins have spent much of these past three years winning over
audiences with a dynamic live show that showcases each of their distinctive voices and
personalities, they also found time to write over 100 songs during several trips to Nashville—and
at their home base in Vancouver— for upcoming sophomore album titled “I Am”.
By incorporating influences ranging from classic country, gospel and Motown, through to
powerful contemporary female artists such as Sheryl Crow, Carrie Underwood and Whitney
Houston, The Heels’ music, although it may be categorized as country, display a unique musical
vision that transcends the genre.
Bobbi, Brittni and Kyla still get a kick whenever someone assumes they’re sisters. They know it’s
not just because of their seamless “family blend” harmony, but because of the obvious personal
chemistry they share. And when that chemistry comes down to spreading positive energy, there is
just no limit to how high The Heels will lift us.