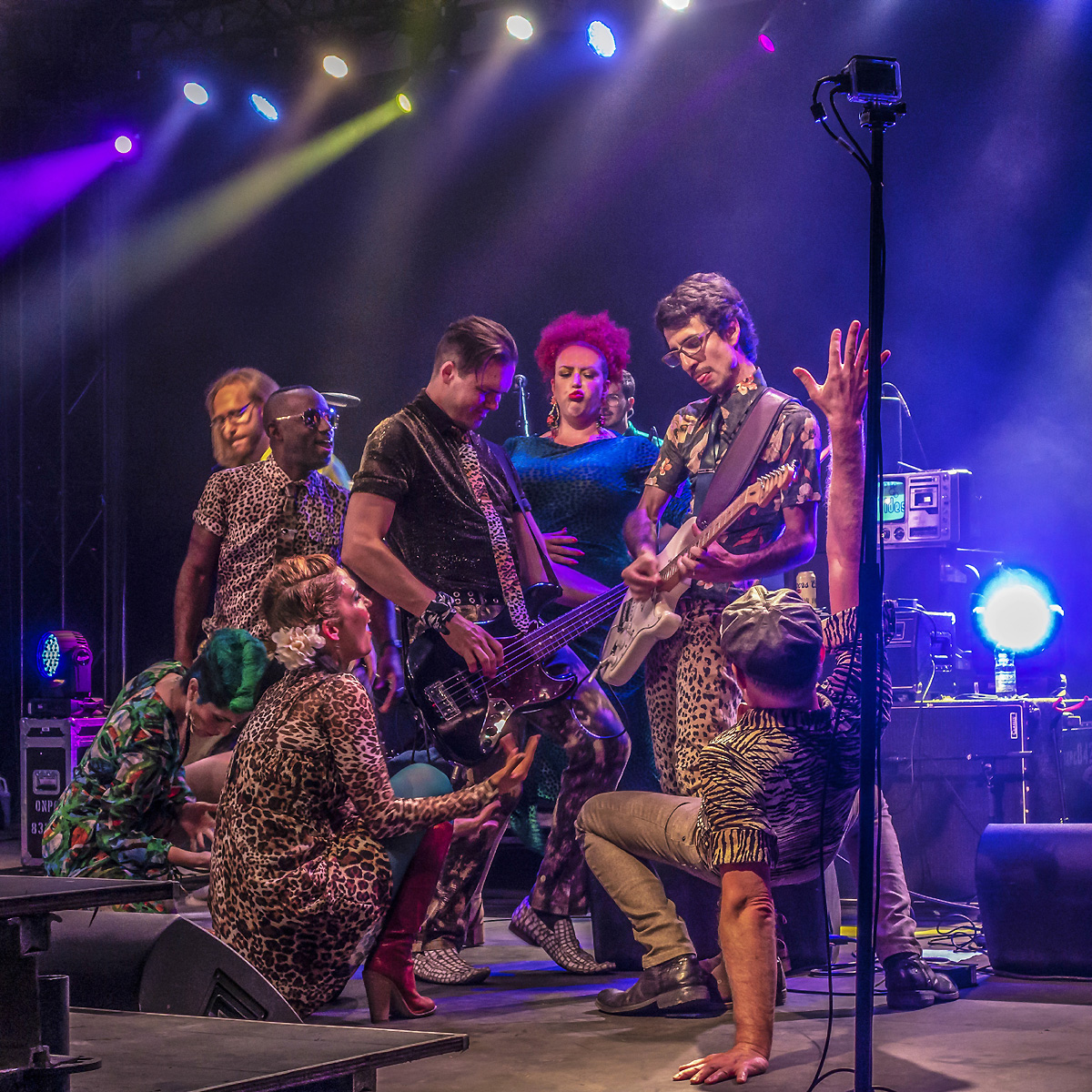 The PepTides is a nine-member band with a distinctive larger-than-life pop sound. The five vocalists and four instrumentalists draw on eclectic influences, with elements of funk, soul, gospel, folk, Latin and new wave. In 2017, the band was featured on the cover of Ottawa Life Magazine as “Ottawa’s Best Band.”

A snapshot of Canadian diversity, The PepTides is an eclectic community of musicians with a rainbow of faces: girls and guys, LGBTQ and straight, English and French, black and white and in between, Ukrainian, Mexican, Guyanese, Cree, Acadian, Armenian and Scottish.

The band’s 2019 release, Galápagos, Vol. I, is a salute to Kurt Vonnegut’s 1985 novel Galápagos. The ten-song album forms a soundtrack through the darkly hilarious story, which includes a global financial crisis, World War III, an ill-fated nature cruise, and a million years of evolution.

In 2013, The PepTides garnered national attention by producing a full-length album in collaboration with Stuart McLean of CBC Radio’s Vinyl Cafe. They performed selections from the album live on the 20th anniversary recording of the show. Their 2014 release Love Question Mark was lauded by Exclaim! as “an ambitious collection of fun, daring, unadulterated, true blue art.” For Those Who Hate Human Interaction (2010) was named best album of the year by the Ottawa Citizen.

M3’s take on The PepTides says it all: “Mixing their stunning vocals with funk beats underneath a soulful sound, an abundance of theatrical dance moves and kitschy quirks, they defy any genre or description. One must simply see them to believe them.”